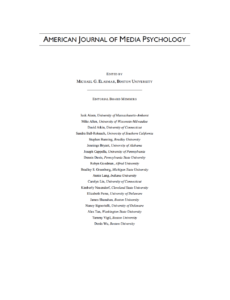 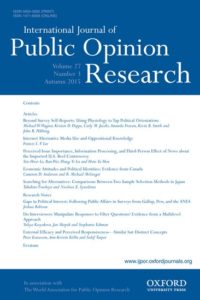 IJPOR is a peer-reviewed scientific journal that publishes theory-driven multi-disciplinary research in the area of public opinion measurement and analysis. It is the official journal of the World Association for Public Opinion Research (WAPOR) and is published by Oxford University Press.